Concept Framework was missing a nice Grid control. After some searches I came over GtkSheet in gtk-extra-2.0. A very nice set of controls, but with some problems on windows. I've took some file from the CVS and is working fine now. I've made a test application for reading Excel files: 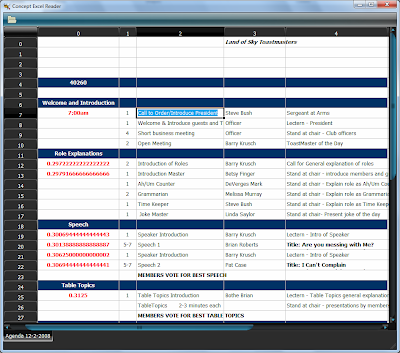 Works fine with excel 97-2003 files, bot doesn't support images (however the grid does, and you can insert virtually any control - buttons, charts, etc.).

Also I've made the grid available in GyroGears via the long string data type, with the "Sheet" option. Here is a sample screen shot from a Gyro application: 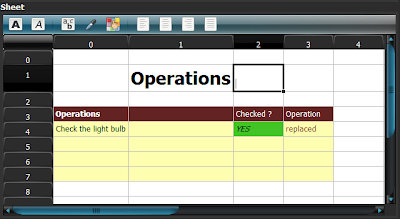 In the previous post I've talked about the caching on Apache HTTPD2. I've made some nice charts (in Concept) that illustrate the server response time for cached csp scripts, static html and cached csp. 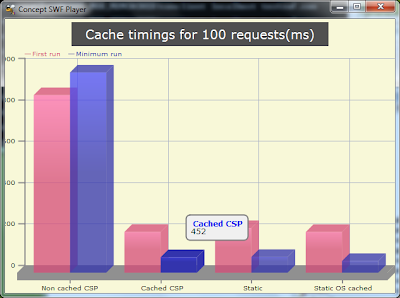 I've ran the test several times and isolated the first run and the best run. As you can see, for Cached CSP the delivery time is slightly better from the static HTML. And some random key were generated to memcached to emulate a real-world situation.
I've activated the engine on www.booha.ro , and the optimization is now dramatic.
by Eduard Suica at 10:22 AM