I've had some crazy requests in the last few months. The users (end-users) complained about the usability of Gyro applications, and in some aspects they were right.

1. Latest complaint: interfaces are ugly, so I'm working at new ones.

This is the new main applications screen: If you think it looks like something, rest assured it is not.

2.  The calendar is useless.

I redesigned the calendar. Now it looks like a classic calendar widget, with drag and drop (you can now reschedule an event by moving it to another day/hour). 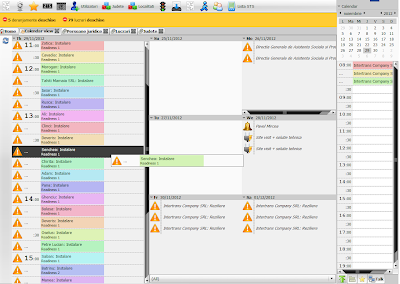 Pattern search now applies to spaces. So, if somebody looks for "Mikey Mouse", "Mickey The Mouse" will be also returned.

A few version ago I added "Show parent" options. This way, in a master view, on the first column the parent entity representative member will be shown. But, if parent level was 2 or more, only the final parent shall be shown. When the "show parent as chain", all the parents will be shown. For example, a client, has contracts and on every contract has a service. This way, on the service view, in the parent column, both the contract number and client name will be shown.

Until now I used glade-window as a method for embedding Glade into CIDE (Concept IDE). This meant that on every new Glade version I had to modify the sources.

So, I've wrote my own "glade-window. 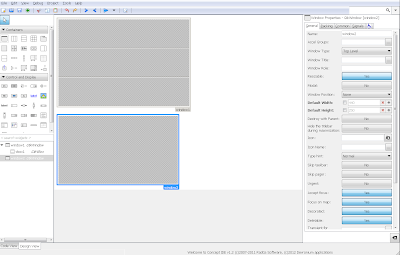 Also GTK3 is now used on Windows too.


5. Editable ComboBoxes for many to one relations

For many to one relations you could set in GyroGears "use a combo". Now, you can also set "editable combo box". This way the user can perform a quick look-up for the given member. 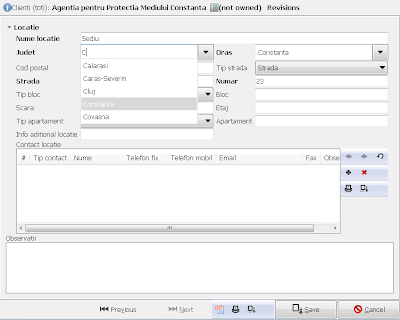 6. Too many "Save" buttons for modifying a child object

When you check "enable send to" for a relation, now you get this cool context menu.

This enables the used to add a child object, without editing the parent (and so, avoiding a lock).

A company in Jordan has Arab employees and Romanian management. So, for the same application, two different languages were needed. This was already fine with Gyro. Now is perfect. 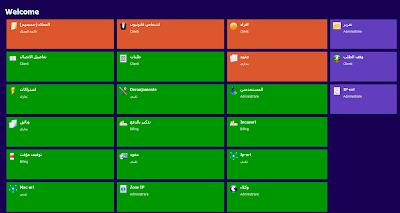 I've added a SIPPhone class in the Concept Framework. This allows you to initiate a call, answer one and talk using a high level interface.

This is somehow cool if we talk about a CRM, and the client calls in. Then, the application automatically detects the client and opens his or her records.

A friend of mine tried Concept Client Mobile. He complained about the lack of feedback when he pressed an image button. So, I've added a gray tint when the button was pressed.

10. Flash in WKB (Concept Webkit Browser) on Windows (thanks to Midori)

WebKitGtk finally works as it should on Windows. Also, the left key doesn't hang up the WYSIWYG editors. 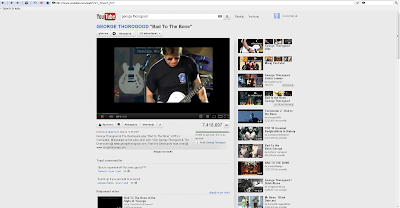 This week I will modify the data input interface and add keyboard shortcuts for various operations.