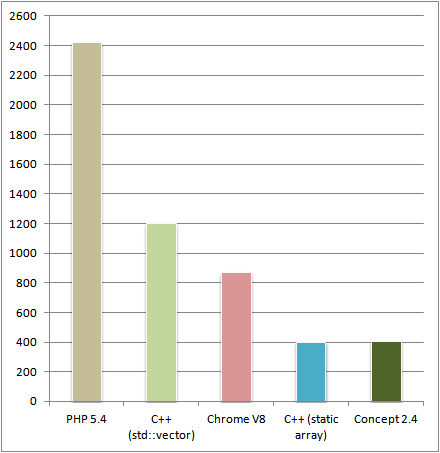 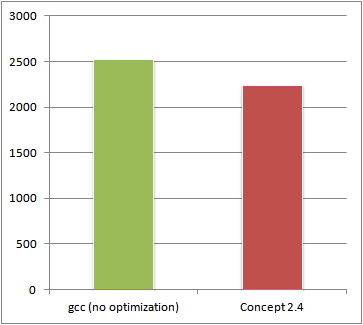 Average speed optimization for Concept/JIT is about 800%, but in some particular cases it is more than 2000%.
by Eduard Suica at 6:16 PM