I had a few days off, just enough to make some new test units for GyroGears. I've noticed that Gtk+ 3.4 is windows-ready, and I'm waiting for the official release. Concept Client already works on Gtk3, but I'm using unofficial windows builds, that have some problems. The biggest problem is with GtkSheet (from gtk+extra), a widget that is not available on Gtk 3. To avoid this, I've modified the RTreeView control, to act in some situations more like a grid.

This function was already available, but it wasn't very user friendly. The standard behavior is this: the user presses enter or clicks on the column he wishes to edit, types all the text and presses enter. The cursor doesn't move automatically on the next column. To avoid that, I've modified this behavior, and now, beside the enter key, the user can press the tab key, and the cursor moves automatically and remains in edit mode (Avoiding two key events: press the right arrow key and the enter key). It doesn't seem much, but when dealing with large amounts of data, it can make a difference for the user.

The new feature is record duplication. 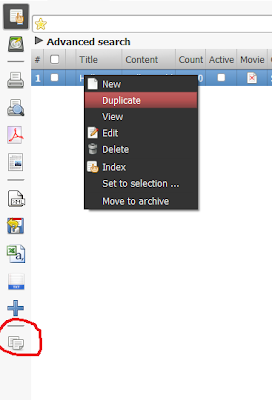 This allows the end-user to duplicate a record. This will duplicate all the non-exclusive relations (many-to-*), for the new created object.

For the exclusive relations (one-to-*) you can decide in GyroGears if is "duplicable" or not.

If this is checked, the exclusive relation will be duplicated. If the related entity has unique fields, this will bypass the standard validation (this feature is not stupid-proof), and GyroGears will issue a warning.

I've switched the default GyroGears web control to RWebKit (dropping RHTML). This is a preparation for Gtk3 (I'm not sure if they will suport GtkHtml anymore). However, I've emulate the old RHTML control using RWebKit, not to affect the existing software (just Concept Client will use the new control). 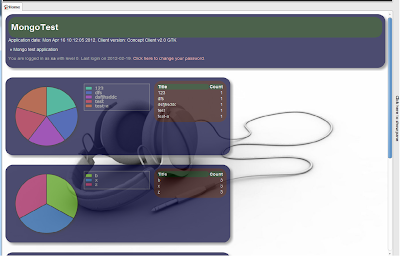 I've modified the multiple delete and archive engine. Now, if an error is encountered when deleting/archiving, the entire operation is undone (rolled back). I've also speed up these operations that take significantly less time when dealing with large amounts of data.
by Eduard Suica at 9:08 AM